From Setbacks to Successes: Lessons from Steve Jobs

Apple’s 2019 Worldwide Developers Conference has come and gone. With the announcement of this year’s upcoming product line and changes, I can’t help but think back to one of the men who started it all: Steve Jobs. I’m inspired by his ability to continually get back on his feet after being knocked down. We can learn a lot from him as we approach both career and personal growth and development.

From his humble beginnings growing up in a middle-class family to his return to Apple after the acquisition of his company for $427 million, here are some of the best examples of his tenacity throughout his life.

As a child, Jobs had trouble in a traditional classroom setting. He was bored in school because he was not being challenged. Rather than focusing on his schoolwork, he played pranks on his classmates instead. Jobs’ resistance to authority figures and penchant for misbehaving even led to a few suspensions from school.

When Jobs reached the fourth grade, he encountered a teacher that incentivized him to participate in school and inspired him to do his coursework. After monitoring him in school, Imogene “Teddy” Hill started offering Jobs money for completed work. It rekindled a passion for learning in him, and it would not be long before he was offered the opportunity to skip two grades and go straight to junior high. Jobs developed his skill sets at an early age. At age 10, he was already delving into electronics and by age 13, he was working a


2. Forging His Own Path

In 1972, Jobs’ adoptive parents were spending much of their life savings on their son’s education at Reed College in Portland, Oregon. Not long after attending college, Jobs decided to drop out, so that he would not spend any more of his parents’ money on his education. This did not keep Jobs down and out for long.

From 1973 to 1975, he spent time collaborating (and sometimes taking advantage of) Steve Wozniak, another young electronics whiz and fellow alum from Jobs’ high school. During this time, Jobs worked for Atari, Inc., selling Wozniak’s “blue box,” and attending meetings of the Homebrew Computer Club. Then in 1976, Apple Computer was formed in the garage of Jobs’ family home, and the rest is history.

In the late 70s, Jobs saw much success with the Apple I and Apple II, growing his worth from $1 million at 23 years old to over $250 million at 25. Unfortunately, Apple’s next two releases, the Apple Lisa and the Macintosh, launched with much excitement that did not translate into sales. In 1985, Jobs was hit with another blow. John Sculley, Apple’s then CEO, and Jobs butted heads with what direction to take the company. In the end, Sculley along with Apple’s board of advisors moved forward with reorganizing the company. Jobs resigned shortly after and took five senior Apple employees with him.

Following his resignation, Jobs then went on to found NeXT, Inc. He secured funding from billionaire Ross Perot and debuted the NeXT workstation in 1990, which was used to invent the World Wide Web, in the same year. With low sales of the second generation NeXTcube, Jobs pivoted his company to focus on software development. Jobs returned to the company he co-founded after Apple acquired NeXT in 1997. From this moment forward, Steve Jobs would go on to shape Apple and its products into what we know today.


Reflecting on his life, Jobs has had his fair share of failures, in addition to his many triumphs. My biggest takeaway is to not let a bad situation get in the way of your happiness. Many people brush off this kind of advice as just a useless platitude, but it’s so important to use all of your experiences as a lesson learned. With that, I will leave you with one last bit of advice from Steve Jobs himself.


“Sometimes when you innovate, you make mistakes. It is best to admit them quickly, and get on with improving your other innovations.”

Need more inspiration on how to turn a negative into positive? 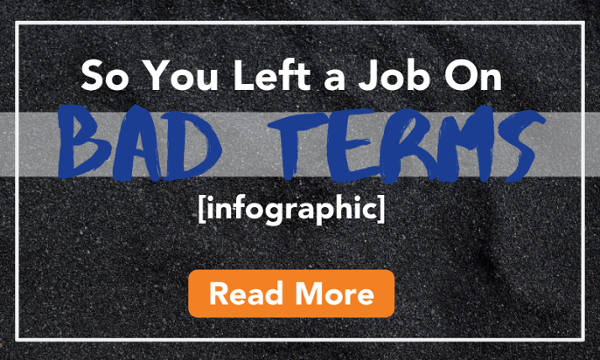 Many businesses are using video interviews during their hiring process. So, how do you nail a video interview? These tips will have you looking like a pro!

END_OF_DOCUMENT_TOKEN_TO_BE_REPLACED

How to Not Suck at Virtual Meetings

END_OF_DOCUMENT_TOKEN_TO_BE_REPLACED

Which High-Paying Trade Job is Right for You?

With so many high-paying trade jobs, how can you choose which one is right for you? Let MAU help guide you in the right direction.